POEM: “pig meat” by Jasper Snow Individual economy as image reaction in the / Collective-conglomerate; physical-systems / of glut and spectacle know 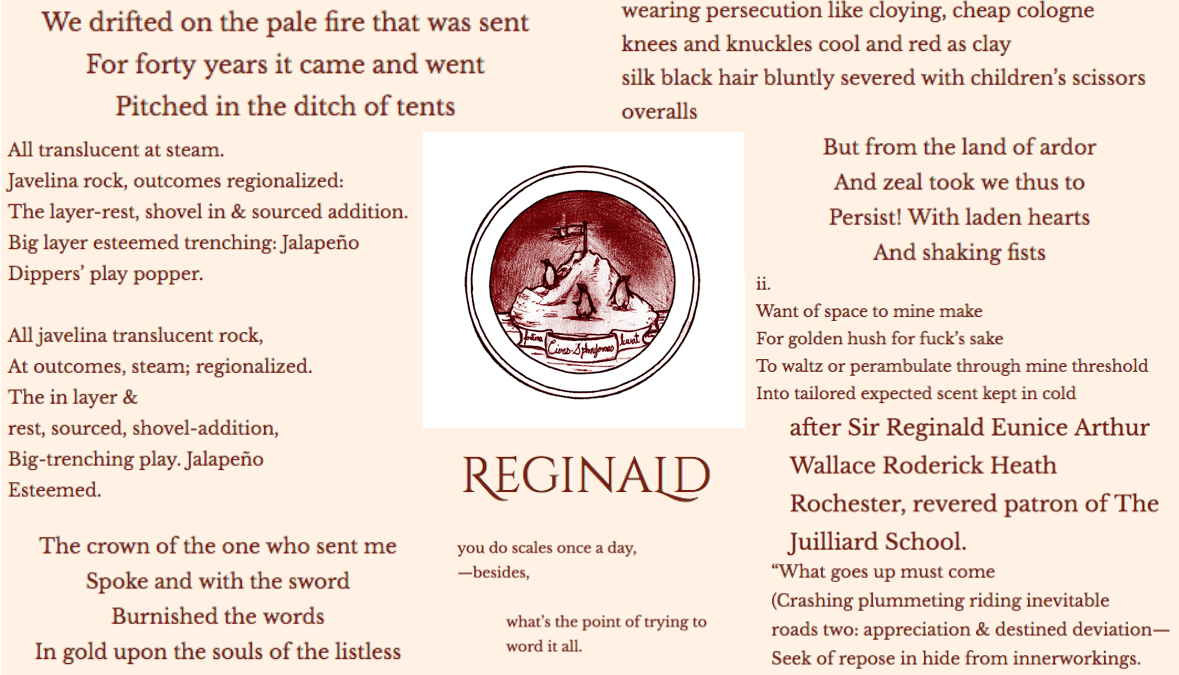 Individual economy as image reaction in the
Collective-conglomerate; physical-systems
of glut and spectacle know
Producer as consumer-conglomerate: broadcast.
A single reaction is totalized: broadcast. Quality
Is a niche that
determines consumer dissemination—

To sedative. Sham-trick: make necessary
Through production the subordinate good,
it is good (dissemination).
The international-historic as pioneering
thought-language through post-
Digitally rapid distribution.
It radicalizes accruing

to flung space. Altered advance,
By which means slights,
and conceptions of difficult
Images, strange lies. Wide pronounced
Dominance and the slighted ambitious,
The circulation-distribution
Outputs set on
escape-creation or burglarized
objects by vehicle-medias,

Giving entrance to fraudulent
and shorting diversions. Bogus
escapism— cognitive.
Creating illusion,
Backhanded packing boxes, channels of traps.
This is the illusion supplanted to debase
By fluent demagogues;
a knack for slight beyond
Circumvent. Con-tale in mythology:
The fraud evolution of object as the inability
Of strength. Highly economical

And with global harnesses; heaping,
Inflatable, object-realms
Create thoughts valued as the public ownership:
middlemen and objects of the reputable
Gatekeepers: taxidermied, volatile, and who’s
Penchant product-wit is purchase
And is feeding-action— is incorporation,
the innocent ploy,

Steeped in the wash. A shape-shift
Of image and provocative filter,
A selection-age ridden with burnouts
That suggested saturation, were viewing for
zeitgeist: functional.
Systemic mockery in urbanity,
The concentrated subversion,
as sham-industry. Relegated, bizarre,
The self-consumer circulates infinitely,
Unknowable and pure immortal. Eyes

Juilliard students & alumni: Send your poems, short stories, visual artworks and other creative dib-dabbles to reginald AT citizenpenguin DOT com
The views and opinions expressed in Reginald and The Citizen-Penguin are solely those of its contributors and do not represent those of The Juilliard School or any of its employees. The Juilliard School is not responsible for any of the content found in Reginald and The Citizen-Penguin or for the accuracy of any information it contains.