IS GOD IS by Aleshea Harris, FAIRVIEW by Jackie Sibblies Drury, MANKIND by Robert O’Hara… 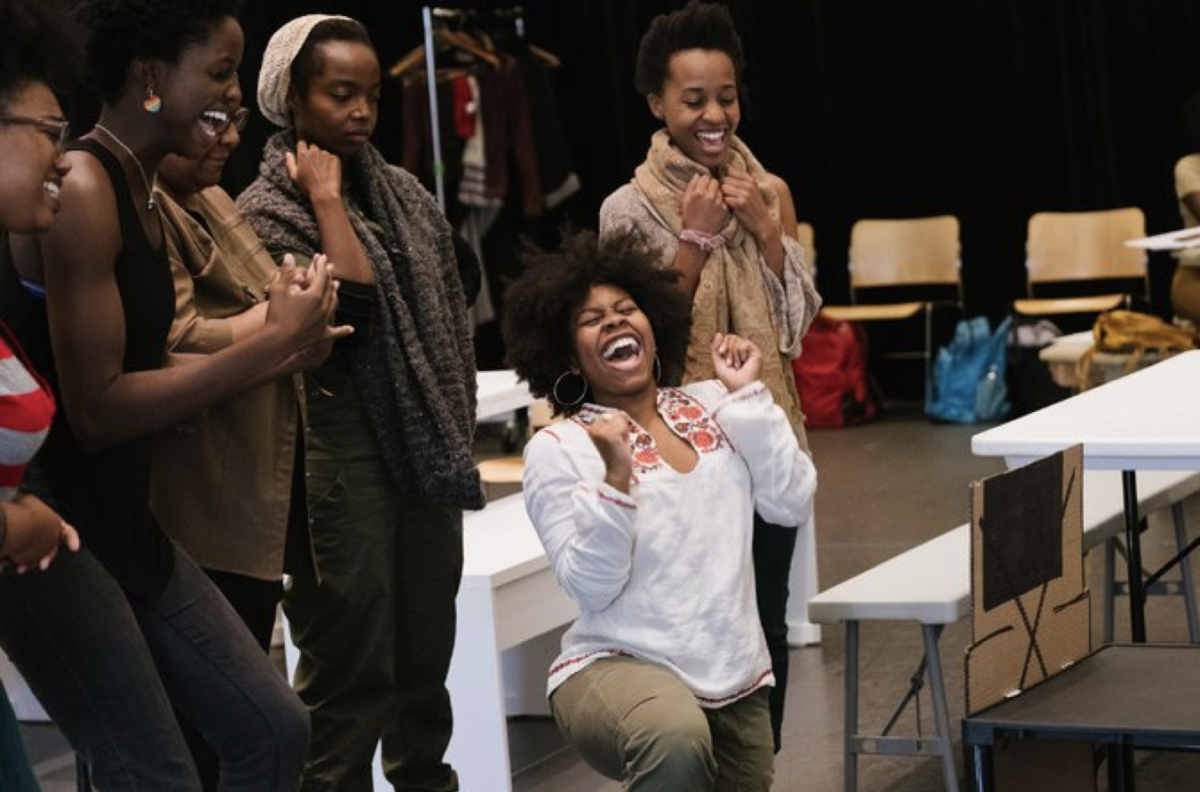 IS GOD IS by Aleshea Harris
SOHO REP: FEB 6-MAR 11 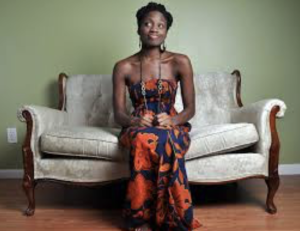 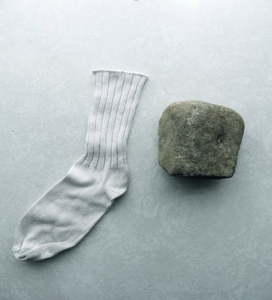 “Is God Is is a modern myth about twin sisters who sojourn from the Dirty South to California to enact righteous revenge. Takingits cues from the ancient, the modern, the tragic, the Western, hip-hop and Afropunk, Is God Is irreverently explodes notions of morality while traversing a darkly-comedic landscape of perilous, full-bodied, unrepentant black young womanhood.” 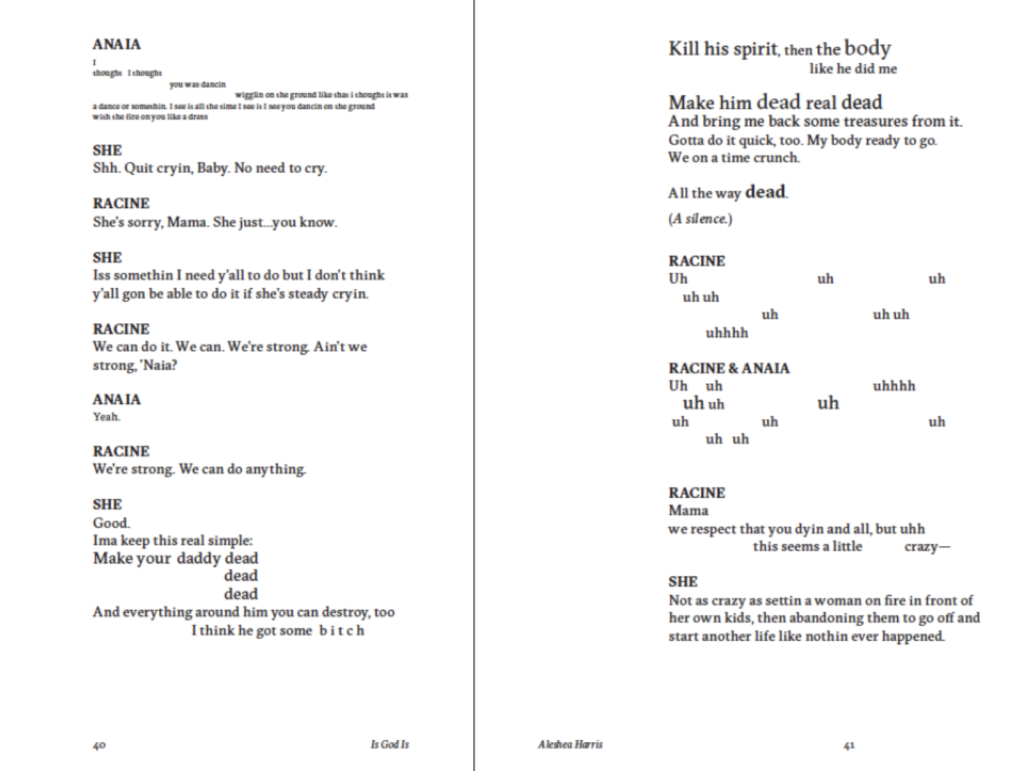 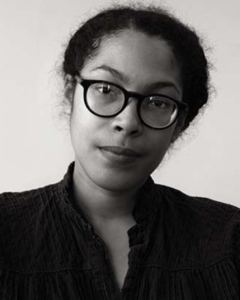 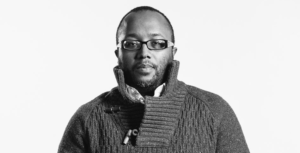 “Have you ever heard of the word…Feminism? It’s an old world term. Back when women walked amongst us.

Mark and Jason were keeping things casual until Jason got pregnant. But however unplanned the pregnancy was, nothing could be less expected than the chain of events it would set in motion. Robert O’Hara’s audacious, hilarious allegory envisions an uncannily familiar future – one long after women have gone extinct from centuries of mistreatment – where man’s capacity to f**k everything up soars to new heights.”

HE BROUGHT HER HEART BACK IN A BOX by Adrienne Kennedy
TFANA: Jan 17-Feb 11 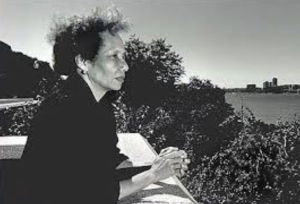 Other plays: Funnyhouse of a Negro, The Owl Answers, June and Jean in Concert, Sleep Deprivation Chambers

Set in Georgia and New York City in 1941, this new work by one of America’s greatest living dramatists is a heartbreaking and nail-biting memory tale of segregation, theatrical yearning, and doomed love. The action, driven by lyrical parallel monologues and a chilling tour through a storeroom of charged images, braids together the indignities of Jim Crow, rising Nazism, sexual hypocrisy, Christopher Marlowe, and the lingering shadow of a terrible crime. 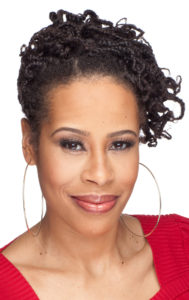 Other Plays: Pipeline, Skeleton Crew, Detroit 67, Blood at the Root
Paradise Blue is the third play in her Detroit Cycle
“In 1949, Detroit’s Blackbottom neighborhood is gentrifying. Blue, a troubled trumpeter and the owner of Paradise Club, is torn between remaining in Blackbottom with his loyal lover Pumpkin and leaving behind a traumatic past. But when the arrival of a mysterious woman stirs up tensions, the fate of Paradise Club hangs in the balance. Paradise Blue is the first production of Obie Award-winning playwright Dominique Morisseau’s Signature Residency. Directed by Tony Award-winner Ruben Santiago-Hudson (The Piano Lesson, Jitney), it is a thrilling and timely look at the changes a community endures to find its resilience.” 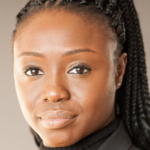 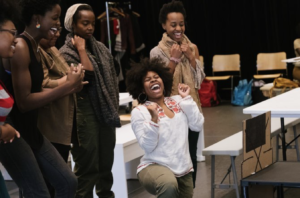 Inspired from actual events, School Girls tells the story of Paulina, the most popular (mean) girl in school and Ericka, the new girl with a unique background – both students at the prestigous Aburi Girls boarding school, who face each other in a battle of wits and beauty as they compete to be named Miss Ghana 1985.” 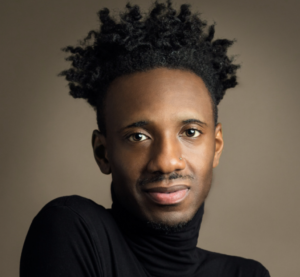 “On a plantation during the Civil War, a mystical tree stretches toward heaven. It protects James, a young slave, while he reads newspapers about the imminent possibility of freedom, as the battle rages on. When a brooding stranger arrives, James and his makeshift family take the man in. Soon, an unexpected bond leads to a striking romance, and everyone is in uncharted territory. But is love powerful enough to set your true self free? This lyrical and lushly realized play is part of poet, filmmaker and playwright Donja R. Love’s exploration of queer love at pivotal moments in Black history.”

“A bestselling novelist returns to Nigeria to care for her ailing father, but before she can bury him, she must relearn the traditions she’s long forgotten. Having been absent for over a decade, she must collide with her culture, traumatic past, painful regrets, and the deep, deep love she thought she could never have.”

THE HOUSE THAT WILL NOT STAND by Marcus Gardley
NYTW: dates tba 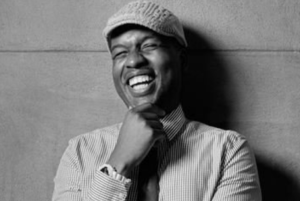 “In the heat of summer in 1813, Louisiana passed from France to the United States. On the eve of the transfer, in a house in mourning, freedom hangs in the balance for a steely widow and her three eligible daughters, all free women of color. Inspired by Federico García Lorca’s The House of Bernarda Alba.” 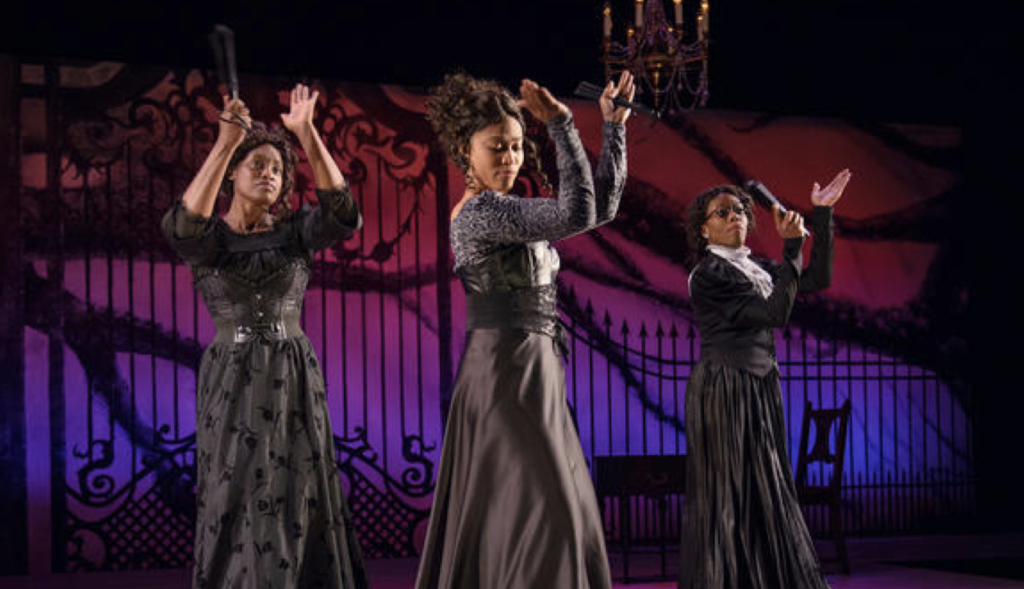